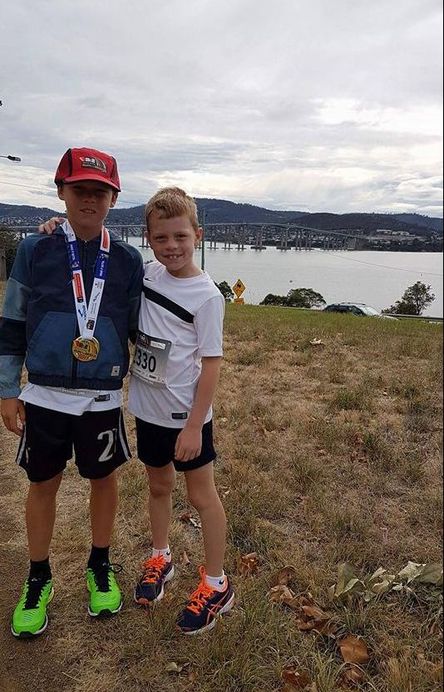 Despite having lived in Hobart for almost all my life, this was my first time in the Run The Bridge (RTB) race.  Many Tasmanians eagerly look forward to RTB (unlike its near-namesake, RBT, the embarrassingly cheap reality TV show which no one asked for and no one definitely looks forward to.

I parked a few kilometres from the start line and jogged in for a bit of a warm up.  The forecast wind and rain were as non-existent as Peter Dutton’s humanity and after a few minutes jogging I was comfortably warm and looking forward to the run.  The Solemates gathered for a massive pre-race photo and otherwise decided to forgo much in the way of race preparation in order to allow more time to chat.

I caught up with Lewinski, who I have run with for a number of recent races and training runs (we have actually spent so much time running together over the past few months, Pauline Hanson wants us to sign a prenuptial agreement- don’t tell me running bromances aren’t real).

At some unspoken signal, the hundreds of runners began to move slowly towards the start line.   Not wanting to get caught at the behind (it happens enough when I play cricket) and have to weave my way through traffic at the start I quickly shuffled over myself joining noted running scribes Gabby and Bec from Runphoria.com and Will, who I had last run a race with at The Melbourne Marathon.  My gorgeous wife had been understandably doing her best to pretend she didn’t know me (my jokes are even worse in person) came over and gave me a kiss for good luck before rejoining her running partner, Miranda.

After the elite runners had set off, we moved out onto the road ready for the start.  We were crammed in tighter than supporters at Trump’s inauguration (oh that’s right that wasn’t crowded- awkward.  I probably should have compared it to the vastly more successful International Women’s March instead) and I was a bit worried about what would happen when the gun went off.  I had tried to get close to the front, but I really hadn’t been forceful enough.  Unfortunately I don’t have the same sense of entitlement as Ian McDonald ranting about the populism that denied him his lifetime gold card, so I couldn’t bring myself to push any further forward. 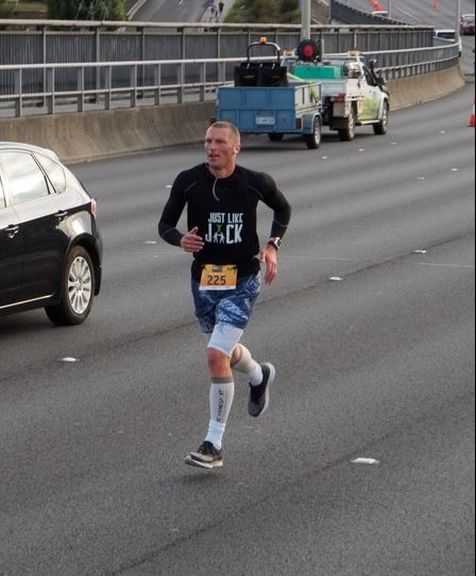 The race started slowly, with a number of runners close to the front misjudging their speed relative to others and providing an obstacle to those behind them.  We trundled forward being bumped and nudged forcefully from the left and right like the government on Marriage Equality (something I still can’t quite believe this country has not instituted yet).  Getting fed up with this pretty quickly and seeing an opening to the left I cut, sideways onto the footpath and ran around the slow moving mass of people, charging down the hill towards the water and settling into a pace chasing the lead pack of runners who were already making their way the first little hill on the way around the headland.

​I had felt a bit sluggish and tight earlier in the morning and had wondered how well I would run today, but once the race started, any concerns about fatigue disappeared quicker than Malcolm Turnbull’s principles once he became Prime Minister and I felt great as I ran the first kilometre around the water’s edge at a fast early pace.  This was a really nice part of the run with a very gentle decline and a great view of the Western Shore bathed in early morning sun to our left.

​Eventually we turned away from the water, passing through the short strip of shops in Bellerive before turning down the hill towards Rosny College.  I knew Rosny Hill itself was coming up so backed off the pace a fraction for the last few hundred metres leading up to it.

Not having run the hill before, it was a little hard to know what to expect or how best to handle it.  I didn’t want to burn out or give up too much time.  The principle is pretty obvious, but actually working out what speed to go to achieve this was a bit more of a conundrum (like the difference between disproving the policies of One Nation and actually convincing one of their supporters).  I switched down a gear at the base of the hill and began the climb feeling pretty good, slowing a little more to counter fatigue as I passed the lights half way up.
After a seemingly comfortable start, the second half of the hill hit me like the appeals court hit Trump’s executive order on immigration.  I bled time fast as I approached the top, although thankfully not much worse than those in front of me.  Taking a moment to get back up to speed and recover some strength, I began to push myself to run faster and take advantage of the long downhill towards the bridge.  Even pushing as I was, I might have underutilised this section, as it was here that I lost touch with a group of runners who quickly broke away from me like businesses distancing themselves from Ivanka Trump’s clothing lines.

​The arching bridge curved away gracefully, with the mountain looming beyond, as I ran beneath the traffic lights, getting a wave and some words of encouragement from Rod who was waiting to start the 5km even.  Compared to the previous hill, the uphill section of the bridge was significantly easier and my pace dropped significantly, although I was overtaken by one runner as I neared the highest point and a second as I raced down the other side at what I thought was a pretty good speed. 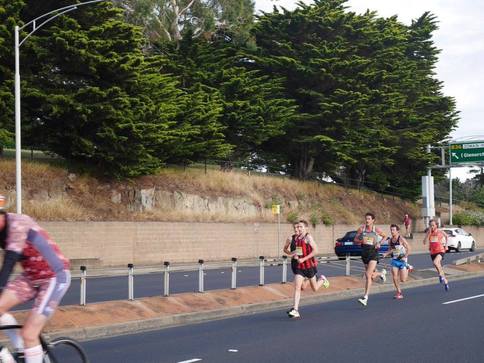 ​We ran off the bridge, following the highway, which dipped and turned its way towards the Hobart Cenotaph.  I managed to keep pretty close to the two guys who had just passed me and was pretty happy with that, as they both looked to be running strongly.  I took a drink from a kind volunteer as I passed the Cenotaph and began the final stretch down towards the waterfront.  I had hoped to match the pace I had run this section previously when I ran the Race to the Taste earlier in the year, but the longer course and the hills had obviously taken a toll and I had less energy to call on than the South Australian energy grid during this month’s heatwaves.

We took a sharp left at Evans Street and headed down towards The Hobart Brewing Company.  I am always a little wary of sharp corners like this because my ankles threaten to bring me down as often as George Christenson threatens to bring down the government.  Thankfully, much like George, they are usually false threats and I made the turn comfortably, picking up my speed again and running around the Art School and out past Mures onto the waterfront proper, where I was passed once more. 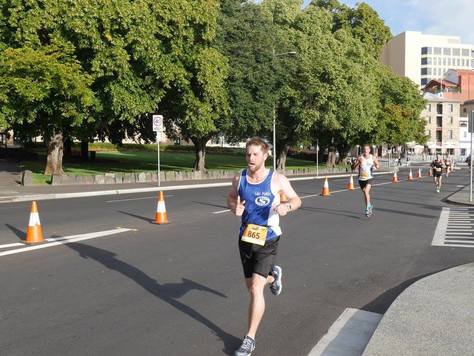 I ran past the finish line near Parliament Lawns, but still had to complete a loop around Castray Esplanade before heading back to it.  I had known I would have to do this, but I did start to worry about how far I had to go as I headed towards the CSIRO and passed Matt, who I knew was a fair way in front of me, coming back the other way to the finish.

Sure enough, the turnaround point was a little further around than I expected and maybe 20 metres up the hill.  Now I know running 20 metres uphill goes quicker than Hanson can blame something unrelated on Islam, immigration or both (people describe her as a straight talker, but I would argue she is perhaps more dishonest than any of them, a bit like a less intelligent version of Kellyanne Conway), but at that moment it was a bit of a kick in the guts.

Still, with no other option I battled my way up the hill, trying not to slacken off and drop my pace, before turning for the final few hundred metres to the finish.  I had been oblivious of what was happening behind me up to this point, concentrating mainly on the three runners who had overtaken me in the back half of the race and trying not to drop too far behind them.  When I turned, I got a nice surprise to see a number of friends were all nearby, with Jarred and Josh only a few seconds behind me and then seeing Lewinski and Will a little further back, as I got closer to the finish line.
shorter posts
Powered by