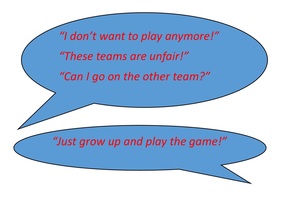 It's that time again.
Players seek to move clubs for a number of reasons and most of them are fine by me.  I really like seeing a player who couldn’t crack the best 22 of one club having the courage and determination to move to a new club and forge a career.  The AFL is replete with this type of example and I think facilitating this process is one of the most positive consequences of free agency.
A related argument for a player to seek a trade is that they feel they are unable to play to their potential under the coach or as a result of a club culture that they find difficult to be part of.  This is a hard one to comment on, as it sounds a bit like a cop-out, to some extent, but you can never tell exactly what a toll a particular environment or working relationship could be taking on a player’s mental health.  However as a fan of the club in question, you would hope players tempted to move for this reason would first put some serious effort into confronting the problem first.
Another very valid reason players seek to move clubs is when they need to be in a different state, often for family reasons.  Again, I think it is good that these requests are often supported, if sometimes grudgingly, by their clubs.  Apart from being good business sense- you are unlikely to get maximal performance from someone whose family situation is deteriorating- it also suggests that even in the highly competitive world of AFL list management there is still some room for empathy.
A third reason that is often debated is for the financial incentives.  While a few years ago, this was a raw subject, it seems to have begun to be accepted as reality by most supporters.  Personally I have no problem with players seeking to maximise their earnings in the window that they are in highest demand.
There is one reason I do have a problem with though, and I actually think the media has been complicit in normalising it.  I hate seeing a player abandon his team because he thinks he is more likely to have on-field success with another.  This is distinct from someone who just genuinely needs a change of club or state, because the player will specify exactly which club they want to be traded to (usually a finals-bound club) and expect their club to get them there.  While it does occasionally provide the some lovely moments of ironic schadenfreude (hello Nathan Buckley), to me it is really weak and misguided.  It is weak because it is opting for the easy road to hollow success that has been mainly earned by others before you.  It is misguided because it seems to view being part of a premiership as almost the only indicator of success and one that is worth sacrificing principles such as loyalty to achieve.  It also makes the already problematic free agency construct even more flawed as weaker teams are forever losing players to stronger teams in a way that the salary cap doesn’t balance.
Can a player be successful without winning a premiership?  Absolutely.  There are so many more significant ways a player can define themselves and their accomplishments than how many premierships their team won. I can name a number of pretty average players who happen to have premiership medallions from riding on the success of their teammates.  Considering the level of tactical and statistical analysis that goes into the finals, these passengers are often remembered as such too.
I have played in many sports teams in my life.  Some have been strong, while others have struggled to win a game season after season.  I don’t deny that the teams that enjoyed more on field success were often more enjoyable to be part of, but I would never have thought of switching to a new team so I could win more games.  If I did, any success I had at my new club would feel pretty hollow, as I hadn’t been part of the hard work setting it up- they might have had the same success without me- and it would be tempered by guilt at the struggles my former teammates would be going through without my help.  By contrast, the satisfaction of building your club from a low point into a position of strength and being able to positively mentor less experienced players to become more effective members of the team is immeasurably more fulfilling.  Obviously I value my teammates ahead of the result, but is that uncommon?
I don’t understand why the media isn’t more savage on players that don’t.  From my perspective, they are abandoning some measure of their integrity and their so-called mates in the hope of winning a shiny trophy.  Outside of a sporting contest this would be considered unbelievably shallow and you wouldn’t trust any friend with these values.
James Frawley said after his team won its 2015 semi final, “This is why I left Melbourne.”  I was staggered by this quote.  He gave up on a club he played at for eight years and team mates who he must have become really close with because winning was more important- and no one called him out on this quote.  As a society, are we really ok that this type of value system is considered acceptable and even normal?

Players get traded by clubs all the time.  Why should they show loyalty to the clubs anymore?
I have mentioned loyalty a number of times and the point will be made that players owe their clubs nothing anymore.  They are treated like commodities by list managers and will be traded if it is thought to be in the club’s best interest.  There is little room for sentiment anymore so why should the players act differently.  I agree that the players owe little to the club other than their best efforts while they are there.  As I said earlier I am totally ok with players moving clubs when they are given better financial opportunities, just as I would consider doing so from my current employer in an analogous situation.
But I still believe players owe something to themselves and their teammates, I would argue.  Trust and integrity are earned ever so slowly, but lost in seconds.  Perhaps they owe themselves the chance to leave a legacy and playing history they can be rightly proud of.  Certainly I would say they owe some loyalty and fidelity to teammates who they have fought and trained hard with for years.  It should take a powerful reason to desert those who are relying on you, and I really don’t think winning a trophy reaches this threshold test.

Doesn’t everyone deserve a chance to win a premiership?
Life is not fair and many people don’t get what they deserve, but if you are lucky enough to be drafted to an AFL club, congratulations.  You have both my admiration and envy.  You have already achieved a significant level of success and have the potential to achieve a lot more whether you win a premiership or not.
Admittedly, no one likes losing each week and players might be tempted at the chance switching teams- but would you feel better watching the team you abandoned continue to suffer without you?  I’m hardly prone to excessive guilt but I don’t think I would.  Actually, I could take losing each week for the wages and lifestyle of a professional athlete so- while remaining cognisant of - I’m really having a hard time feeling sorry for any players in this situation.
Having said that, being at a struggling club that is copping the full wrath of their frustrated fans and the arm-chair critics in the media could be a stressful environment.  As I mentioned above, it is always hard to know what effect this can have on an individual’s emotional wellbeing.  Perhaps this raises some questions about the impact of the media spotlight, especially the public castigation of individual players, which might suggest that media commentators show a little more empathy for the players they are reporting on.
It might equally raise a question of who is really driving this, ‘Premierships at any cost,’ mantra that modern players seem to be buying into.  They certainly didn’t invent it, but they have probably been consuming it since childhood in the implied values of clubs, fans, players and commentators.  The current tacit approval of players switching clubs in order to play in finals is just going to add to this.  Reversing this requires a deliberate awareness from fans and commentators that victories and premierships are not all that defines the modern player.

What is the answer?
I’m not calling for any drastic solutions here.  Critics of the free agency model have made a number of suggestions to make it more even, but that is a larger topic I have not tried to address here.  I just wanted to ask, where is the achievement in going to an already successful club and winning something they may well have won without you, when you could have stayed and helped your teammates bring their club up?  I think this shows less character than moving for money, which at least has a financial benefit.  Sadly, this idea that playing in a winning team is important appears to be normalising and perhaps strengthening.  I am concerned at the unspoken values this communicates to the next generation of footballers and fans.
Powered by