Riding under a White Cloud

Cycling, running and kayaking for the White Cloud Foundation

There were also five kayakers who were cheerfully pushing boats to the water's edge.  Adam, the leader of the paddlers, had rather confidently suggested that heading straight up river with the tide, they had the easiest and most pleasant route.  Beautiful as it is, most of the time I have been paddling off the Alum Cliffs or Taroona, there has been some degree of northerly wind that can make prolonged paddling harder than expected, so I wasn't entirely convinced.  We had a quick group shot and headed off a bit before ten, hoping to all meet up for lunch between 1130 and 12. 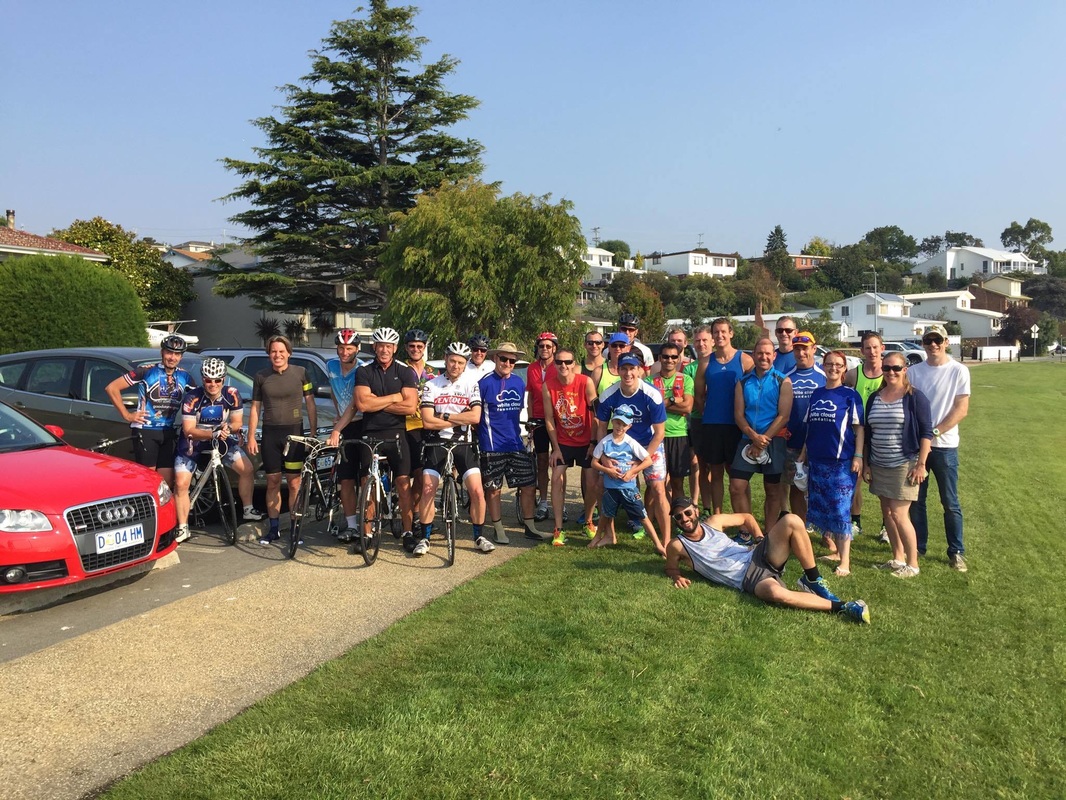 The runners were first to leave, jogging off easily and doing nothing to weaken my theory that they could all run faster than a hipster from gluten if the wanted to.  They followed the esplanade to the other end of the beach before heading up to Roslyn Avenue and down to Kingston Beach.  After Kingston comes the hardest part of the run, as the climb up Tyndall Road is pretty steep for the first kilometre.  Once you hit the Channel Highway, it becomes a pretty straightforward run to town, with a gentle climb to the top of Bonnet Hill and then a gradual descent back down to Sandy Bay.  I thought the likelihood of them running into problems was about as likely as Eric Abetz running into a progressive policy he liked, but just in case, Raylea was along in the support car. 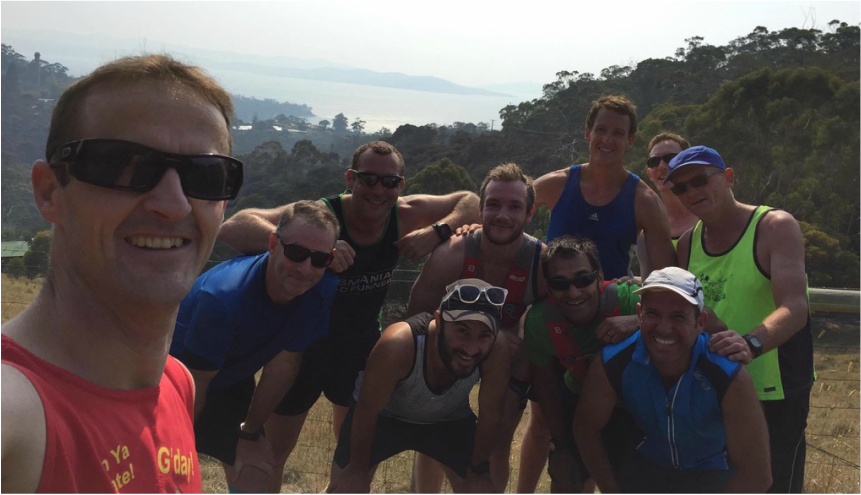 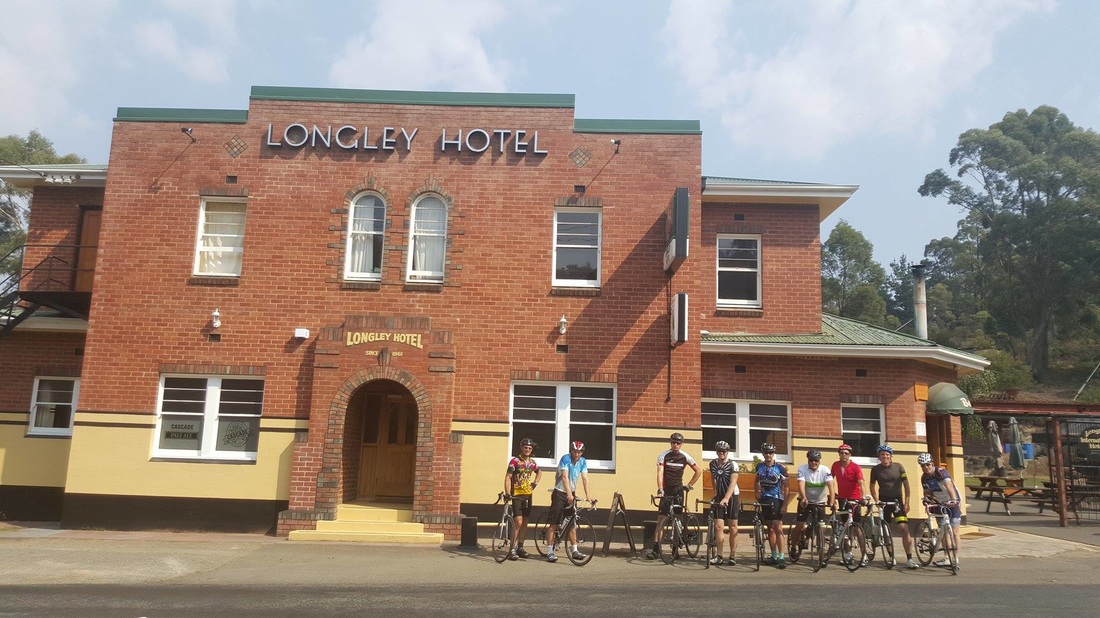 From the top of Neika we began the fast descent back to Hobart (well I thought I was fast- the rest of the guys were probably waiting for me at the bottom for some time.  We reassembled at the top of Lynton Avenue, a very steep road that I don't enjoy riding down (or up).  Still that was the route today and I figured that if the staff of Lady Cilento Hospital had the courage to risk their jobs to save children being sent back to offshore concentration camps, then I could ride down a hill.  Despite my nerves, I once again got to the bottom of the hill safely and we finished our ride heading out along Sandy Bay Road and pulling in to the BBQ site near the beach.  Including our stops the ride took most of two hours so the runners had well and truly finished by the time we got in.  But the paddlers were nowhere to be seen.  I wondered about riding further north to see how far they were, but then got distracted playing with my beautiful goddaughter, Eleanor.

The paddle from Blackmans Bay to Kingston is particularly nice.  You pass the blowhole and the surrounding cliffs.  Kingston looks amazing from out in the water.  The houses at the water's edge shrink relative to Mt Wellington rising behind them.  After Kingston, come the impressive Alum Cliffs, which stretch for four or five kilometres before you reach Hinsby Beach and continue along the Taroona shoreline, eventually reaching Sandy Bay.  This proved to be a difficult section for the paddlers as they were hit by a gusty headwind that (much like the opposition to Marriage Equality) allowed them to make progress, but made them fight for every metre.  When they finally landed at Sandy Bay, Tess's legs were more wobbly than Clive Palmer's financial empire, but they knew they had completed a mighty effort.
Despite finishing some time after the cyclists, there was still plenty of food left for them.  Not even my ravenous appetite for food- which rivals a reality TV personality's (a term I use generously) hunger for attention- was enough to put much of a dent in the enormous feast that had been put on.  Between Jenny's amazing home cooking and a huge amount of delicious BBQ meat and salad donated by Kris and Pamela from Currency Cafe, we were extremely well looked after.  It capped off a really nice day for everyone with a few useful lessons learnt for the organisers.  Hopefully next year's event is as good as everyone is hoping.  I for one am looking forward to it.
Powered by