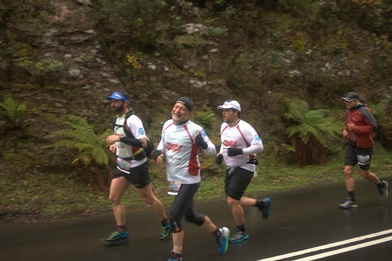 As we crossed the Southern Outlet, the gradient began to gradually increase again.  This would have been a good time to chivalrously step aside and let the ladies have a go pushing- but since the girls had already taken over and were still going strong it was a moot point so I just coasted along enjoying the conversation.  The top of Davey Street is surprisingly steep, as it takes a sharp right hand bend towards the Skyline Service Station.  As we neared the first drinks station, I realised that our turbo charged push up the hill and constant rotation of fresh runners had taken Will a bit ahead of the rest of the team.

Seeing there was plenty of pushing power to keep Will moving, I took the chance to drop back and see how the rest of the team were going.  Chris was determined to push Jack all the way himself so he was going slightly slower than the team pushing Will, but he wasn’t far back, with Erin and Morri running in support.  Dropping another couple of hundred metres, I came to Kirsty and Rachel who were settling into their own rhythm and running well.  I had thought it would be pretty easy to put on a burst of speed and get back up to Will to take my turn pushing again, but much like Tony Abbott, my opinion of my capabilities appears to be somewhat exaggerated.  I hadn’t realised how much of a gap had formed and it took a good couple of minutes hard work to catch up again.

As the road continued to wind its way up, with the picturesque valley of South Hobart dropping away on our right, we caught up to the amazing Peter Wheatley who was running the 31st and final marathon as part of his Month of Marathons to raise money for clean water projects in third world communities.  This was probably the loudest section of the course with both Peter and Will’s support teams making a fair bit of noise, before an increase to the gradient forced us to slow and Peter to run off ahead. 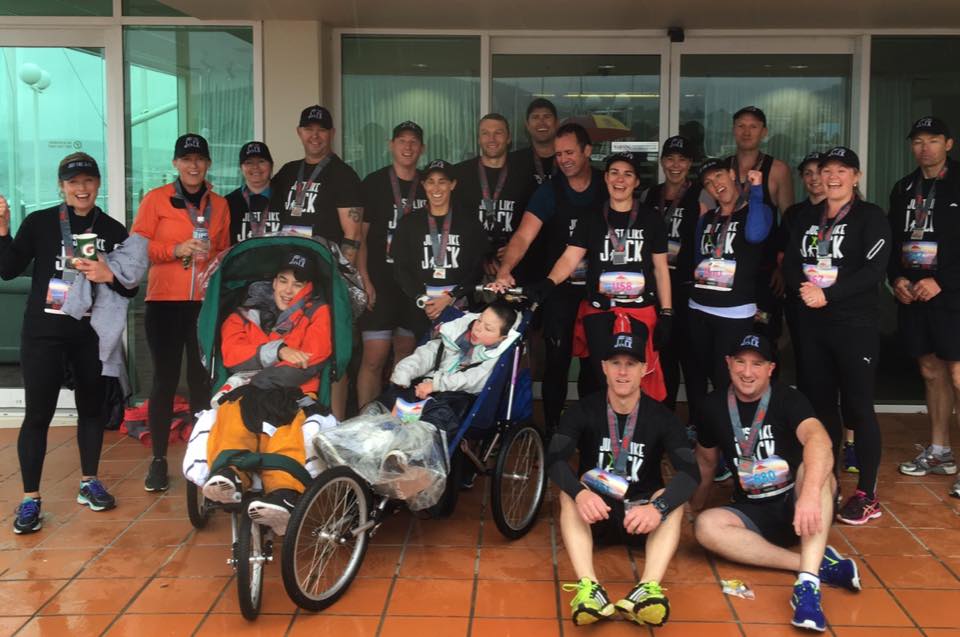